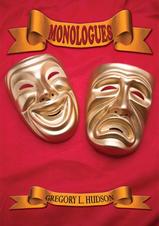 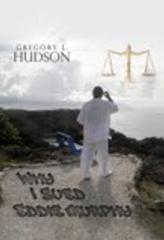 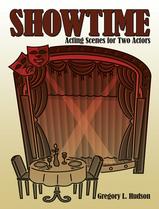 Why I Sued Eddie Murphy

Note from the author: Why I Sued Eddie Murphy is a captivating book that tells the story of a $100 million dollar copyright lawsuit brought by Gregory against comedian Eddie and others over the hit movie, Life starring Murphy and Martin Lawrence. The lawsuit stated that Murphy and others "used protected expressions" from Gregory's play, "No Harm, No Foul" and later his play "Bronx House." The book is a wonderful read and many reviews can be read on Barnes & Noble website. It takes the reader on an eyewitness, step by step account of the controversy through the eyes of Gregory as if the reader was standing over his shoulder every step of the way.

"I wrote this book to set the record straight. The courts, including the U.S. Supreme Court, claimed that Murphy did not use my work to create the hit movie, Life. The side by side photographs, phone records and evidence that I presented to the judges show differently; as well as the evidence that the court did not allow me to present. I take strong exception to being called a liar by anyone and certainly did not want people to think that I was someone trying to make a quick buck. Also, the courts' decisions are being read, analyzed, and discussed world-wide in colleges and universities, legal societies....and the opinions issued by the courts are knowingly false and misleading to the public. My character and integrity are very important to me and it is my responsibility as a human being to ensure that the public knows the truth about this case."

48 POEMS: REFLECTIONS OF A POET

*ALL BOOKS ARE FOR SALE ON AMAZON, BARNES & NOBLE, BOOK STORES WORLD-WIDE, AND THRU THE PUBLISHERS. 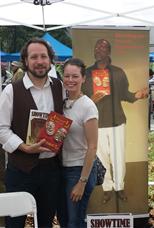 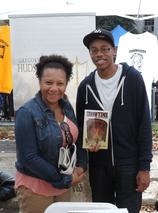 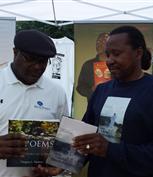 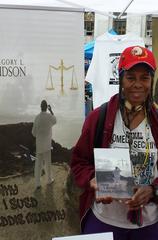 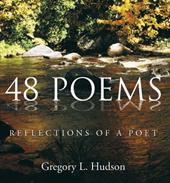 Note from the author: Monologues: Dramatic Monologues For Actors is my first book. It is a compilation of 32 "original" monologues and all of the monologues are from my body of work; films, plays, and tv pilots. The book has a chapter on stage terminology, film terminology, and a chapter on commonly used vernacular. Monologues is described as a "gold mine". The characters are unique, the plots are clever, and the dialogue is fresh.

"Like Showtime, Monologue was born out of my frustration of trying to find good audition monologues. I discover that there were very few modern or contemporary monologues that suit my acting style and I simply (like many actors) was exhausted from using the same old monologues from the same old works....over....and over....and over; and thus....I wrote this book."

Monologues retails for about $30 (Hard cover) and about $23 (paperback). The publisher, Author House, sells the hard cover for about $25 and the Paperback for about $18. First Impression Book Store occassionally sells both book for about half price. Autographed copies of both books can be purchased at book signings by Gregory for $20 (hard cover) and $15 Paperback.

Note from the author:  Showtime is the follow-up book to Monologues: Dramatic Monologues For Actors.  Showtime is a one-of-kind "gem" that every actor, producer, director, acting coach, or drama teacher should have. It has 16 original acting scenes for two actors, a chapter on stage terminology, film terminology, and a chapter on commonly used vernacular. All of the scenes are from "original" plays, films, tv, and pilots that I have written.

"The inspiration behind writing this book derived as a result of not having material to practice acting with another actor during ("down time") times when I was not performing. I was also looking for materials to stay sharp, especially for potential film roles. At times, it would become quite frustrating when I couldn't find fresh or suitable materials to practice and thus; I wrote this book."

Showtime retails for about $35 (hard cover) and bout $25 (paperback). The publisher, Author House, sells the hard cover for about $25 and the paperback for about $18. First Impression Book Store occasionally sells a few copies for about half price and autographed copies by Gregory can be purchase for $20 (Hard Cover) and $15 (Paperback) at book signings.

Note from the Author:  48 Poems: Reflections Of A Poet is my second book. The book itself is described as a "Treasure Chest of Love & Language." It is a compilation of 48 poems, 48 stunning photos, 8 different genres, a chapter on commonly used vernacular, a synopsis for each poem, a Higher Order Thinking Question for each poem, and a glossary of popular literary terms.

"I started out writing 48 Poems simply because I had never written a poetry book. The inspiration behind the book quickly changed as I was teaching Literacy and realized that many of my students could read, but they could not comprehend what they read. I immediately changed my inspiration from a simple poetry book to a this magnificent book of love, language, romance, drama, comedy, tragedy, children, Christmas, Thanksgiving and irony. Many of the poems are influenced by my students. Once the reader picks this book up....it is very hard to put it down."

48 Poems retails for about $80. The publisher, AuthorHouse, sells it for $40. Occassionaily, First Impression Bookstore sells it for about $20, below the cost to print it and it is sold and autographed by Gregory at book signings for $30.